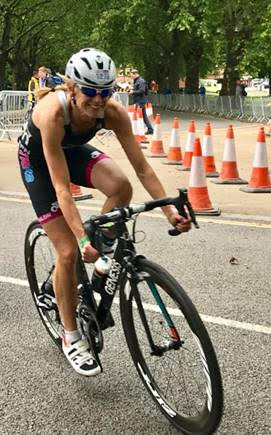 Jacqui started out as a run coach over 10 years ago and qualified as a triathlon coach 5 years ago. Since then she has coached regularly at club level (both adults and juniors) delivering mixed ability group sessions. She has worked on training camps in Mallorca for 3 years and been a personal triathlon coach for 2 years.

Jacqui’s own sporting background started aged 10 when she was bought her first road bike and cycling is still her first love. Jacqui moved into rowing and spent many happy years competing at national level before taking up running. With her cycling and running background, a friend suggested she might be good at triathlon so she entered a sprint tri, came third, loved it and has never looked back!  Since then Jacqui has raced extensively at both local, national and international events, representing Team GB age group over 20 times and winning numerous European and World titles in duathlon, triathlon and aquathlon. Jacqui has experienced the highs and lows of competing at big events but still enjoys racing with club mates at the local pool. As Jacqui says “ I love what triathlon and multi-sport have brought to my life!!”

Jacqui’s focus as a coach is very much about the relationship with her athletes. She says “If I don’t know and understand what makes them tick, how can I give them the best advice?” Jacqui enjoys getting to know them all and hearing about their goals, dreams and worries. They then work together to agree how to best provide them with flexible, realistic and challenging training plans.

Jacqui enjoys the challenge of coaching all 3 disciplines and has also become particularly interested in how women are different to men in terms of training and nutrition, how age can affect recovery and performance, and how important mobility is to all athletes.