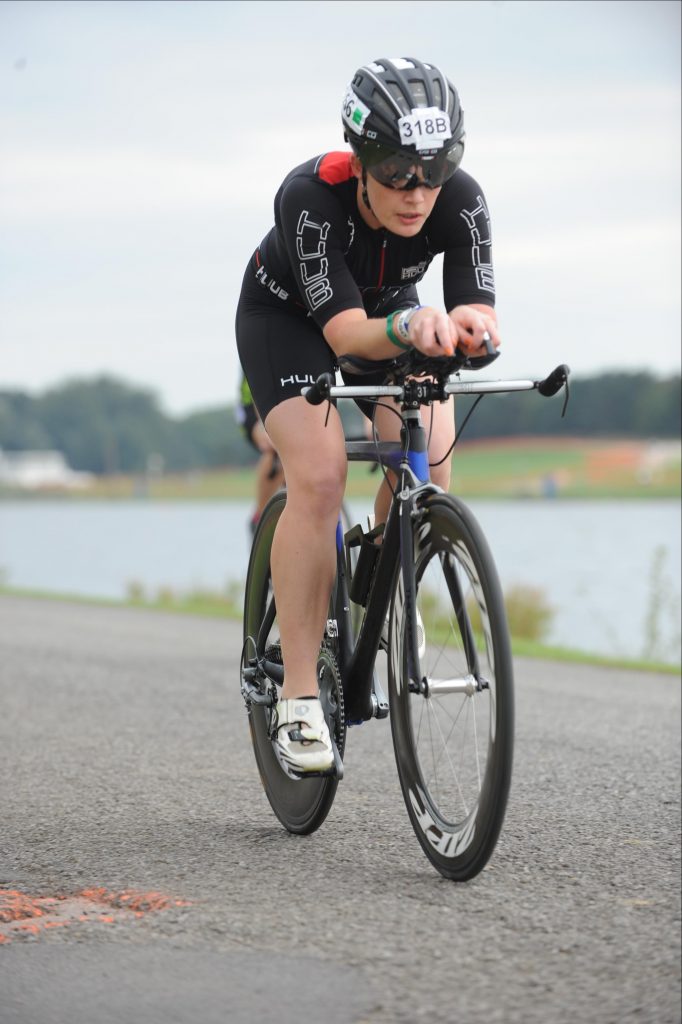 Kat has been coaching individuals and on camps in Mallorca for over 5 years now working with beginners through to ironman distance athletes and age group World Champions. Kat also works with a local triathlon club running sessions throughout the year. 2 years ago Kat studied for her nutritionist qualification and has a special interest in sports nutrition.

Kat’s own sporting background was originally as a National level swimmer, before being persuaded to give triathlon a go 11 years ago and entering a local sprint race, which she won and was hooked! Since taking up triathlon she has raced and medalled at GB age group level at World and European Championships, but hasn’t given up the swimming either and won Silver at the National open water championships. Kat moved to racing 70.3 distance in 2016 (but still loves sprint distance racing for fun!) and has completed numerous 70.3s, and her first full distance in 2018 at Challenge Roth with a time of 10.15 hrs.  Like Mark, Kat has also worked with British Paratri guiding Sara Krishan to World and European medals.

Kat loves coaching and working with her athletes to create a plan that fits their lifestyle and their goals. No two athletes are the same and it’s this challenge of building a plan that works for each individual that makes Kat thrive. Kat has a strong interest in S&C and nutrition and their importance in a well-balanced training plan, it’s not just about the swim, bike and run!   “I love triathlon and I love working closely with my athletes to help them achieve their goals – whether that be learning to swim for their first triathlon, or racing for the GB Age Group team.  I’ve had the chance to learn from some great coaches in my own sports career and now I want to share my knowledge and help others.”

Kat says “I’m lucky to get to work with a great team of coaches at t club and with a diverse mix of motivated athletes whom I really want the best for. There is no better feeling then when one of your athletes gets a PB or crosses that finish line with a smile on their face.”